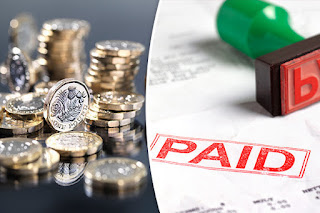 Millions of Brits overspend at Christmas, leaving them in financial difficulty come the New Year.

In fact, a whopping 7.9 million people in the UK will struggle to pay their bills this month after an excessive festive period, according to the debt charity Money Advice Trust (MAT).

Severe debt isn’t just a financial problem either. The stress of owing money can lead to mental health issues and relationship breakdowns, according to charity Mind.

If your new year’s resolution is to be better with money in 2018, Money Saving Expert Martin Lewis can help you alleviate your debt.

The 45-year-old has already revealed the best bank accounts for interest rates on savings, but in his most recent Money Tips newsletter he revealed some key tips for cutting the cost of debt this year.

Here are five simple steps to help you pay off your debt quicker:

It can be easy to get into a downward spiral with debt, but you need to stop borrowing money.

Only pay back what you can afford each month or you’ll make the situation worse in the long-run.

Start paying off the debts with the highest interest rates first.

"Use all spare cash to clear it and just pay the minimum on everything else. Once it's clear, focus on the next costliest,” said Martin.

If you’re currently paying interest on your credit card look for a better option. You will have to pay a fee to transfer the debt, but it will be cheaper than paying the interest in the long-run.

Martin recommends swapping to either a Barclaycard or MBNA card to get the longest 0% interest period.

Offers 38 months with 0% interest and they offer a low fee to shift your debt.

They also offer a 38-month 0% periods, but a slightly higher fee to transfer your debt.

Martin reveals two key options when it comes to cutting your overdraft payments:

Nationwide Flexdirect 0% overdraft is much bigger, but depends on your credit score. It only lasts a year, so you’d need to have it payed off by then or consider swapping again.

If you've a friend who already has a nationwide account, you both get £100 if you switch, via their recommend a friend scheme.

· Use a 0% money transfer card

“This is where the card pays cash directly into your bank account, thus clearing your overdraft, so you owe it instead, at up to 37 months 0% - very useful for larger overdrafts,” Martin explains.

If you’re clever about it, you can get a new cheaper loan to pay your old, more expensive one off.

On his website, Martin offers up this useful four-step process to find out if you could save money on your existing loan:

STEP 1: Ask your current lender for a settlement figure. This is how much it'll cost to repay your loan in full now including early repayment costs (i.e., the amount you'd need a new loan for to pay off your old one).

STEP 3: Find the cheapest new loan for the settlement figure. For borrowing under £3,000, the cheapest route is likely to be doing a money transfer (see above). Above that, a cheap loan wins. Use our free Loans Eligibility Calc to see your likely cheapest deal. Yet remember; with loans, only 51% of accepted customers need get the advertised rate.

STEP 4: Find out which is cheaper. Use the MSE Loan Switching Calculator to see whether you should stick or not.

Store cards are basically just credit cards, but a lot of them have much higher interest rates.

5. What about student loan?

Popular posts from this blog

Top 6 Things No One Tells You about Retiring 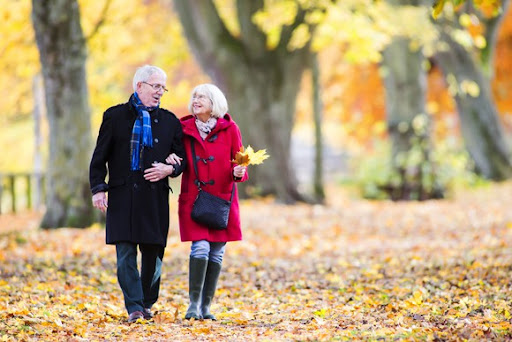 To make your retirement years truly golden, understand what may be coming your way . Many of us look forward to retirement as the reward for a lifetime of hard work. While the post-work years can truly be golden for those who plan for them, many retirees are caught off guard by the facts of their new life. Here are six things you should know about before you leave the working world for good. 1. Required minimum distributions can seriously raise your costs Once you reach age 70 1/2, you're typically required to take money out of your traditional IRA and your traditional 401(k) plan each year. While those distributions start relatively small, they increase as a percentage of your account balance each year after that until you reach age 115.  Withdrawals from these account types are treated as taxable income, which means you'll owe income tax on the amount distributed. This increase in your taxable income may expose your Social Security benefits to taxation as
Read more

7 Investing Moves You Need to Make by December 31

Whenever things are going really well — as is the case right now on Wall Street and probably in your retirement portfolio — it's only natural to want to leave things be. Why try to fix what's not broken? But even the most patient buy-and-hold investors understand that you must revisit your strategy from time to time to make sure things are unfolding as you originally envisioned. The end of the year, when your thoughts are naturally focused on family, the coming year, and to-do lists, is a perfect time to do just that. To make this process easier, MONEY has put together a checklist of seven important steps to take now before the year ends to set your investment portfolio up for 2018 and beyond. 1. Remember to give yourself a raise. Chances are, you got a slight bump in pay this year—perhaps a modest cost-of-living adjustment or a merit raise. Average pay for American workers rose a little over 2% over the past 12 months. If you can, boost your 401(k) savings ra
Read more

3 costs that can destroy retirement

December 30, 2006
Retirement security is a holy grail that many investors chase. A recent AARP survey revealed that 74 percent of private sector workers are anxious about having enough money to live comfortably in retirement. Although increasing savings may seem like the answer, creating a sustainable retirement strategy is a bit more complex. Investors must also plan for costs that can detract from their portfolio's growth. "Taxes, long-term care and inflation all have the potential to eat away at your retirement savings," says Marcy Keckler, vice president of financial advice strategy at Ameriprise Financial in the greater Minneapolis-St. Paul area. "Not planning properly could result in a substantial blow to your portfolio from a sudden need for extended care, or inflation could slowly chip away at your nest egg." Health care may be the biggest threat. Long-term care poses two problems for retirees. First, the cost can be staggering. Genworth Financial puts the avera
Read more